Can This Marriage Be Saved?

Listen in as one real-life couple works through a major crisis in their relationship with the help of a marriage therapist. After a 13-hour day working at their restaurant, Brian likes to unwind at a local bar. Jenny thinks his priorities should change now that they have a baby. They fight about it constantly.

Brian and I met in college and we both wanted to go into the restaurant business. After graduation we found jobs helping open up a new restaurant. Not long after that we got married. After many years of working for other people, we wanted to run our own place, where Brian could be the head chef. We moved to a smaller city and opened our dreamrestaurant. Ironically, that’s when things got tough for us. I was ready for a shift to a more laid-back lifestyle, but Brian continued to stay out late every night after the restaurantclosed. We started fighting about it a lot. Things had reached a really low point for us when I found out I was pregnant.

Although we wanted to start a family, we hadn’t talked about what it would really mean for us to be parents. When James was born, Brian’s drinks-after-work routine became even more of an issue. I understand he needs to unwind after an exhausting evening, but the next morning he wakes up hungover or tired. Meanwhile, we’ve got a 6 a.m. feeding and a crying baby — and Brian has to go back to work by 9. I feel like I’m totally alone as a parent.

Look, I have a lot on my mind: a big new restaurant with my name on it and a new baby. My job is really tiring. I start prep work in the morning and then cook until 11 p.m., sometimes making 200-plus meals, and I close up around midnight. I need to decompress after that. I can’t go home to a quiet house and fall asleep. But at 1 a.m. Jenny texts me and says, “Where ARE you?” and the same fight starts all over again. I can’t win. I worked hard so we could have this life. I provide for her and our son. I help out around the house when I have free time. Why can’t I have a few drinks after work?

I’m mad because I feel abandoned. I’m stuck at home, alone, with a baby. I need help and I want to know that we’re in this together. So when Brian doesn’t come home at a normal hour, I end up sending him snarky texts with remarks like “Are you even coming home tonight?”

When she sends me a nasty text message, I don’t even open it. I already know what it’s going to say so I just turn my phone off and check out. This situation reminds me of when I was a boy. I played football to make my father happy but because I had to practice so much he was always angry with me for not being around to do other things. Vicious cycle.

I’m not his dad, I’m his wife–and I need to know he cares. But the more I reach out the more he shuts down. I worry things will be like this forever. If Brian’s not around, how will it affect James? I want my husband to go out and have fun but I also want him to be here on weekends to go to the park or get ice cream with us.

Jenny’s a great person, but when she complains like this she does sound like my dad and it makes me shut down. My father was always lecturing me about my grades or how the lawn wasn’t mowed right. He used to drive me so crazy that I would sneak out of the house and hang out with my buddies. I just couldn’t win. I’d shut up and stew about it in my head and then find some way to blow off steam. That’s what I’ve been doing with Jenny. But something has to change because I’m not a little boy anymore, and nobody’s happy with this marriage as it stands.

When couples scream and yell at each other during a session, I know they’re still in love. Even though it feels hostile, the connection is alive. So I told Jenny and Brian that their marriage still had a chance to survive.

The dynamic between them was a classic power struggle. The real problem was that they weren’t communicating well. On the surface nothing about their life plan had changed. Brian was doing what he set out to do: own a business. Jenny had a baby, something they both said they had wanted for a long time. But they weren’t prepared for all the changes that they would have to make in order to manage it all.

They’d been through the argument about his staying out too late a hundred times. Brian has to put in long hours in order to make their restaurant be successful. Because of his schedule, the bulk of the child care was falling to Jenny. These two simply didn’t know how to navigate the situation.

Jenny’s feelings were hurt since she felt alone, but instead of expressing that directly she would send Brian angry, judgmental texts. Brian adored Jenny, but the more she complained, the more he wanted to check out, when he really should have told her directly how her texts made him feel. I call this the tiger — turtle dynamic. In this case, Jenny was the tiger and Brian was the turtle. The more she roared, the more he went into his shell.

As with many couples, the root of the problem could be traced back to their childhoods. When Brian was a kid, it was smart to check out. His dad was critical and always had the last word. Brian really couldn’t have won. But now, as an adult, Brian’s habit of checking out was ruining his connection with Jenny. As a child, Jenny learned that being aggressive was the best way to get her needs met.

“These reactions are coping mechanisms,” I told them. “But the more you hold on to these childhood reactions, the more they take away from your adult relationships and the more power they continue to have over you.” The inevitable conflicts people have with their partners give them the chance to learn to do things in a new way and let certain behaviors go.

In the end, this is what Brian and Jenny accomplished. Jenny realized that even the act of coming into therapy was a huge risk for Brian because he was forcing himself to come out of his turtle shell. When Jenny understood this, she began to feel the connection again instead of focusing on all the things Brian was doing wrong.

Brian wanted to spend more time with his family but he had a pattern of shutting down when he felt he was being judged or criticized. When they first came to therapy he barely said a word. But Brian finally spoke up — after four sessions — and was very articulate. He still loved her, he explained. He was just frustrated by all the criticism.

Although what Brian was saying was negative, Jenny began to calm down. The fact that he was being open with her reassured her that he was still in the marriage and that he still cared. Also, when she understood how her criticism made him feel, she softened. The more empathy she showed, the more he continued to speak honestly.

It took some time but as Jenny started to tell Brian how she felt instead of criticizing him, he stopped retreating. And with each step Brian made toward open communication, Jenny felt more secure. As a result, her texts became less needy. Meanwhile, Brian began to realize the power in saying what he felt. 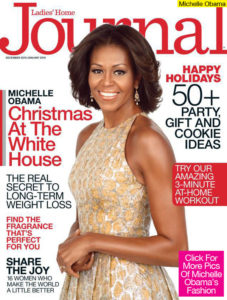 Once communication had improved, Brian and Jenny worked on being more flexible about their schedules. Brian now lets Jenny know when he wants to stay out late and Jenny lets him have his downtime. Then she returned to work at the restaurant part-time, which means Brian gets up with their son three days a week. They also found a part-time babysitter. Though that was hard financially, they both agreed it was a good decision.

Their marriage is far from perfect, of course. Brian still puts in long hours. Once in a while he stays out late and has a few drinks. But it happens less frequently and neither spouse counts it as “the issue.” Brian and Jenny still get annoyed at each other, but those frustrations aren’t ruling the marriage.

“Now I think twice about what I say in texts,” Jenny says. “Sometimes I send cute messages with a photo of James and me: ‘Hi honey, get home safely. We love you.’” Brian’s changed his habits, too. “When I see Jenny’s texts come in, I don’t get all defensive like I used to. I smile, knowing she’s texting because she really does love me, and just wants us to be a happy family.”